In 1191, a Buddhist monk named Eisai brought tea to Japan, and the tea world has never been the same. In Japan, when you say “tea,” you mean “green tea,” and that’s what we focused on. Japan is known for its grassy steamed teas, so we started this event there. We went on to some of Japan’s lesser-known specialty teas, and wrapped up with matcha, the powdered tea used in the Japanese tea ceremony, which we import directly from Japan. 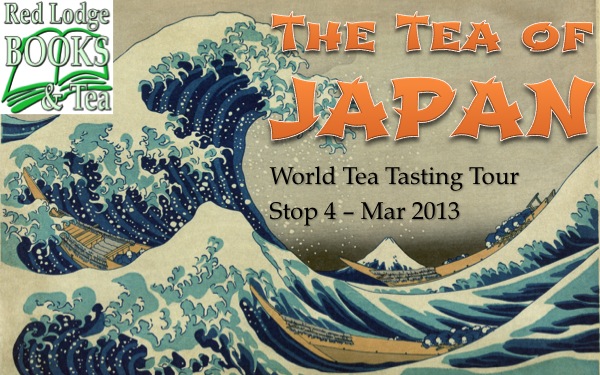 We’re very excited to be working with resident artist Karin Solberg from the Red Lodge Clay Center, and we are featuring some of her matcha bowls in the store, and she came in to talk about them at this stop in the tour.

Japan is the world’s 8th largest producer of tea, with about 119,000 acres cultivated and an annual production of 101,500 tons. These numbers are from before the Fukushima Daiichi nuclear disaster, which has shut down some of Japan’s tea production. The overwhelming majority of Japanese tea is consumed domestically, with only 2,105 tons exported, or about 2% of production. The country that purchases the most Japanese tea is the United States.
We discussed the Fukushima Daiichi disaster at some length, but instead of including that information here, I’m going to write a full blog post about its effect on Japan’s tea industry when I have a chance.
There are four base grades of tea in Japan:
We did not taste kukicha or bancha, proceeding instead to the two higher grades.

Not all organic tea from Japan will carry the USDA Organic seal. Many Japanese tea farmers prefer to work with their own country’s organization and carry the JAS (Japan Agriculture Standard) Organic seal instead. 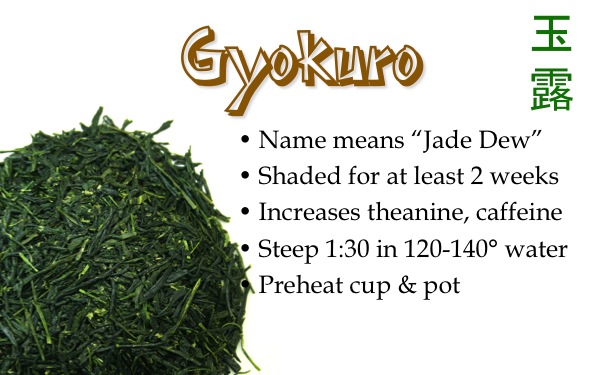 Note the short steep times and cool water used for these teas. Recommendations for the top grades of Gyokuro go down as far as 40 degrees C (104 F).
After tasting the two more mainstream Japanese green teas, we went on two a couple of their wonderful specialty blends: Houjicha and Genmaicha. 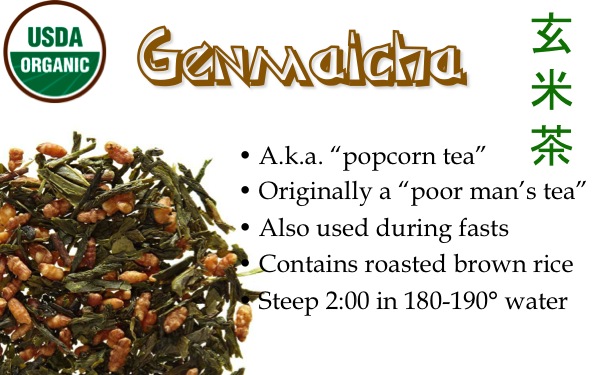 We wrapped up the tasting with Japan’s famous powdered green tea: matcha. We tasted a USDA organic matcha from Aoi, prepared in a traditional chawan, or matcha bowl. Then we made matcha lattes using a sweetened matcha powder with frothed milk.

We are lucky to have Karin Solberg, a local artist who works in pottery, producing matcha bowls for us. She talked about the traditions of the bowls, how they are made, and why they are designed as they are. All of the bowls in the picture below are Karin’s.

In part two of this article, I’ll talk more about Karin and about the Japanese tea ceremony and the Way of Tea.
If you live in the area and were unable to attend this session, I sure hope to see you at one of our future stops on our World Tea Tasting Tour. Follow the link for the full schedule, and follow us on Facebook or Twitter for regular updates (the event invitations on Facebook have the most information).