Have you ever sat down to a cup of hot, energizing breakfast tea and wondered what the heck makes it a breakfast blend? You never see anyone selling lunch teas or dinner teas. Why breakfast tea? And what’s the difference between Scottish, Irish, and English breakfast teas? Let me explain!

When we first get up in the morning, most of us aren’t in the mood for something delicate, flowery, and subtle. We want caffeine and we want it now! And by golly, we want to be able to taste it! Breakfast, as any nutritionist will tell you, is the most important meal of the day. You probably haven’t eaten in ten or twelve hours, and you need energy for your morning work. A full-flavored hearty breakfast will overwhelm the taste of a white tea or a jasmine tea, so Americans and Europeans, unlike our Eastern friends, usually go for a black tea (or perhaps a heavily-oxidized oolong) with our breakfast. This is the origin of the “breakfast tea.”

Breakfast teas in the U.K. were originally Chinese tea. When supplies from China were threatened and the British East India Company established tea plantations in Assam, those Indian teas began to replace the Chinese teas at breakfast, and that’s also when they started to become blends rather than straight tea. One of the words you’ll often hear to describe breakfast teas is “malty.” That flavor comes from the Assam teas. Their isn’t a standard formula for any breakfast tea, and no two tea producers will agree on the perfect teas or the perfect blend percentages. Generally, though, the Assam is blended with a strong traditional black tea from Sri Lanka (a Ceylon tea) or Kenya. Some blends are simple combinations of two base teas; some are complex combinations of four or five.

There also isn’t a standard for strength. Generally, though, you can assume that Scottish and Irish breakfast teas will be stronger than English breakfast teas, and when you’re in the U.K., you can count on all of them being served with milk.

An American might start the day with biscuits and sausage gravy with an egg on top — or perhaps a big stack of pancakes. A Scotsman, however, may sit down to a “full breakfast,” which would include eggs, bacon (what an American would call “Canadian bacon” and a Canadian would call “back bacon”), toast, sausage, black pudding, grilled tomato, and — if he’s lucky — some haggis and tattie scones. No wimpy tea will work with a meal like that! It calls for a full pot of Scottish breakfast tea!

At my tea bar, I started out with stock blends for all three breakfast teas. Soon, though, my Scottish heritage gave me the urge to experiment. I’ve known the folks from the Khongea Estate in Assam for a while, and they have a variety that made the perfect start. Lots of malty flavor, lots of caffeine, but not too much astringency. Unlike my ancestors, you see, I don’t put milk in my tea, so I look for less bitterness than most Scots.

After playing around with other teas, I settled on another estate-grown variety as the second ingredient. It’s a fairly high-altitude tea that grows near the base of Mount Kenya. It adds strength and complexity to the Assam, and I decided no other ingredients were needed. Once I was happy with the flavor, I needed a name. Scottish Breakfast Tea is just a bit too boring for me, so I called it “Gary’s Kilty Pleasure.” 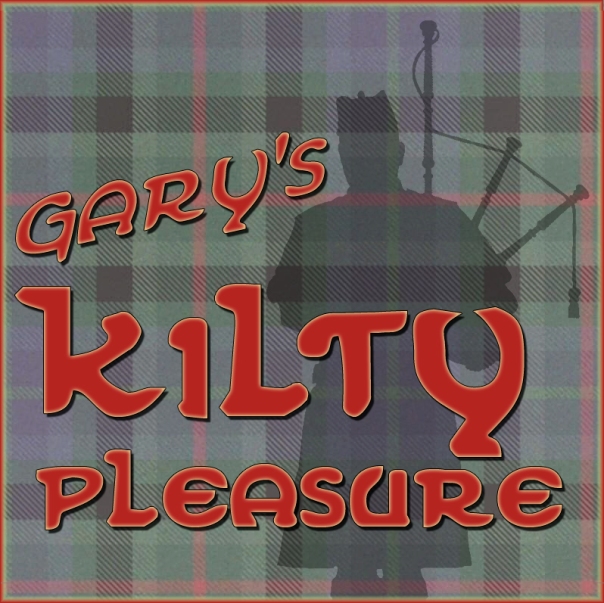 For the curious, that’s my plaid in the logo: the Clan Gunn weathered tartan.

I got a very big surprise from this tea. American tea tastes run toward flavored teas. The majority of sales at my tea bar are Earl Grey, masala chai, fruity blends, and the like. Despite that, Gary’s Kilty Pleasure has remained one of the top five sellers for four straight years, out of a field of well over 100 loose teas. The most common comment I get back is that it goes well with milk, but it is perfectly good without — and that makes me happy!

So whether you choose my Scottish breakfast tea (buy it here) or a blend from your favorite supplier, brew it up strong with a hearty breakfast, and get your day off to a great start!

Gary Robson: Author, nonprofit communications consultant, and tea shop owner. I've written books and articles on many different subjects, but everyone knows me for my "Who Pooped in the Park?" books.
View all posts by Gary D. Robson »