Since I first announced I was working on a book called Myths & Legends of Tea, a lot has happened. For one thing, the project got delayed, interrupted, and re-prioritized for almost two years. For another, it was broken into four volumes. I am pleased to announce, however, that Volume 1 is done! The Amazon Kindle edition and the Apple iBook edition are available now. I’ll be posting some free excerpts and news about the book over the next week, interspersed with all of my World Tea Expo posts. This first volume in the series features six stories, each accompanied by a profile of the tea featured in the story, and a prologue that sets the stage. The stories are:

Prologue: The Origin of Tea

China, 2737 BC One of the most-recited myths in the tea world is that of Shennong, the legendary Chinese emperor who introduced agriculture to China, worked extensively with herbs to create the first Chinese pharmacopoeia, and invented acupuncture. In working with herbs, Shennong discovered that boiling water somehow made even “bad” water healthy to drink. One day, Shennong settles under a tree to relax with a cup of hot water. As he rests and waits for the water to cool, leaves from the tree blow unnoticed into his cup. After a while, he notices a heavenly aroma. He raises the cup to his lips and becomes the first man to enjoy what is now the world’s most popular drink.

Japan, 1591 It is never wise to offend a daimyo, as Tea Master Sen no Rikyū discovers when his patron Toyotomi Hideyoshi commands Rikyū to commit seppuku (ritual suicide). Rikyū, who developed the Japanese tea ceremony as we know it today, asks Hideyoshi for permission to conduct one last ceremony. Rikyū shares his philosophy, his poetry, and the beauty and serenity of the tea ceremony with four of his disciples. Each is given a gift and all but one of his disciples, Zen priest Nanpō Sōkei, leave the tearoom. Rikyū hands him a sword. It is time.

The Iron Goddess of Mercy

China, 1761 During the reign of the Qianlong Emperor, the sixth emperor of the Qing Dynasty, a poor farmer by the name of Wei is walking to market. He notices a crumbling abandoned temple of Guanyin, the Goddess of Mercy. Every time he passes the temple, Wei stops for a while to fix it up. He works on the pathway, the gates, the temple building, and the statue of the goddess. When he finishes, the goddess appears to him in a dream and gives him a reward: the tea plant that becomes the heart of one of the greatest oolong teas.

England, 1806 Lord Charles, soon to become the second Earl Grey, is content at his home in Howick Hall, save one unhappy thing: the water is terrible, and it produces quite an inferior cup of tea. He and Lady Grey have experimented to no avail, and they finally turn to a tea expert for help. Chen shows up at Howick with a huge chest of tea and a virtual mobile laboratory of bottles and vials containing everything from essential oils to ground herbs. We know the rest. Even though Charles goes on to become Prime Minister of the United Kingdom, his own fame will be eclipsed by the tea that bears his name.

Teatime in Georgia: The Birth of Southern Sweet Tea

United States, 1870 One oft-repeated story is that iced tea was invented in 1904 by a vendor named Richard Blechynden at the St. Louis World’s Fair. He was having little luck selling hot tea, says the story, and dropped ice cubes in the tea, creating the first iced tea. Nice story, but it doesn’t account for the 1879 cookbook Housekeeping in Old Virginia, which includes a recipe for iced Southern sweet tea. Where did iced tea really come from? Our version of the legend is set in Georgia, where a lady named Harriet Suggett is struggling to come up with an alternative to the popular alcoholic tea punches of the day for an event that includes members of the rapidly-growing temperance societies.

Taiwan, 1931 Huang is very good at keeping his head down. He comes from a prominent family that has been farming in Beipu for many generations, but since his father and brother were killed in the uprising almost 25 years ago, Huang has tried not to draw too much attention to himself. When his tea crop is destroyed by leafhopper insects, he is near despair. That field of tea is all that he and his mother, Lin, have to live on. The leaves are chewed, the tips have gone white, and his neighbors have already given up. But Huang doesn’t give up so easily!

Australia, 20 years from now The zombie apocalypse has spread mercilessly across the country. Only small pockets of the uninfected remain. Sam’s band of survivors is a small one, and they have resigned themselves to a long and difficult road ahead. It will be a much easier road, though, if they can only lay their hands on some tea. Earl Grey, perhaps. Little do they know how much that tea will change their lives… I am particularly excited about the cover of the book, which uses a photograph by Nicholas Han of the sunset over a tea plantation in Taiwan. 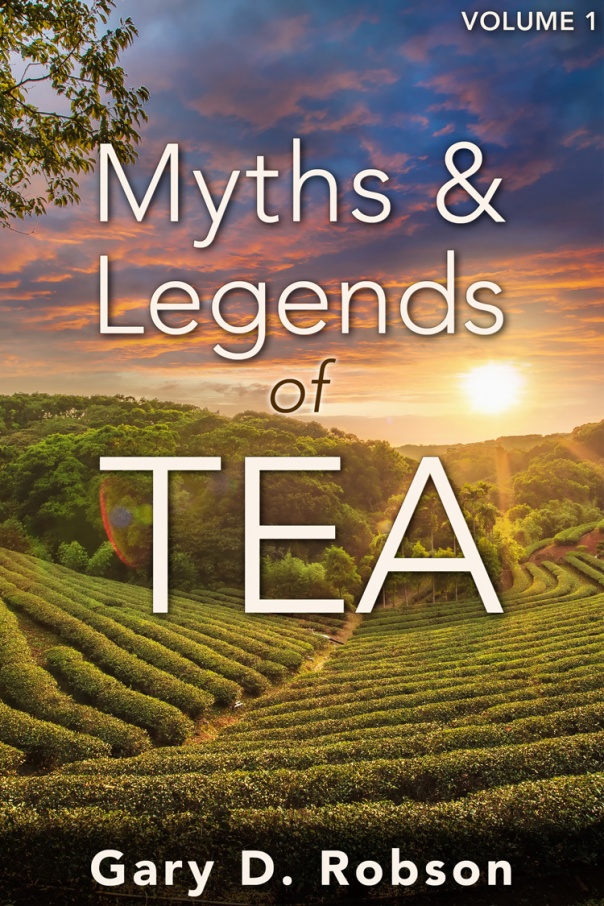